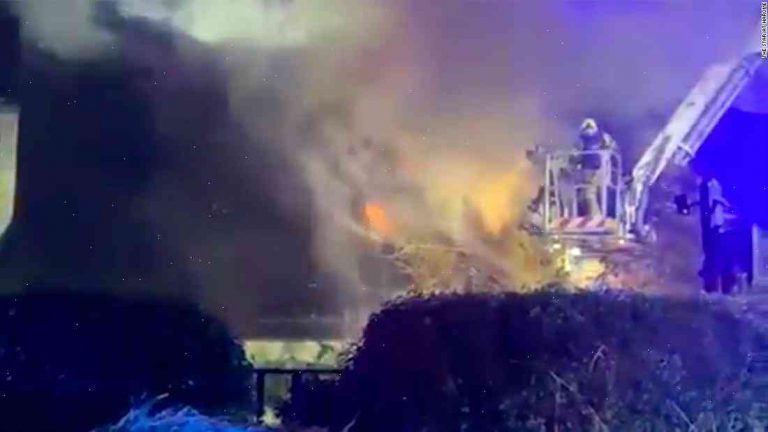 The Petit Moulin restaurant, near Calais in the northern French port of Calais, had not reopened from renovations when a fire broke out on Saturday evening, according to French newspaper Metro.

In a short statement, the Michelin Guide office said: “Early on November 18, the chef Raymond Blanc’s petit Moulin in Calais was devastated by a fire. The rescue teams were able to save as many fish as possible, but the kitchen was destroyed.”

Repair work was still ongoing when the fire started, the report said.

The Petit Moulin had been designated a Michelin star for two years.

Wayne de Groot, managing director of guest experiences at Anglo luxury hotels operator Coral Hotels & Resorts, which owns the Petit Moulin, said Blanc was with relatives at the time of the fire.

He told Metro: “The advice from the fire brigade was to leave right away. All the staff at the restaurant were fully evacuated safely, they left behind valuables but nothing else.”

The Petit Moulin was scheduled to reopen on Friday. De Groot said in an email to the Associated Press that the restaurant would re-open on Sunday, November 18.

“We will hopefully remain Michelin starred as we would like to return to the first page of the table listings (in the guide),” de Groot said.

On Twitter, Blanc thanked “kind friends” who responded to his tweet asking for advice about how to help his employees.

The French chef wrote: “Thanks to loyal friends and colleagues for offering me assistance: everything is in order so we will re-open our vision together on Sunday. I am pleased with that. Thank you.”