Pope Francis to make visit to Poland and Syria this summer

Image copyright EPA Image caption Pope Francis will make the first papal visit to Greece in five decades The Pope will visit Poland and Syria this summer, but will spend the first two days… 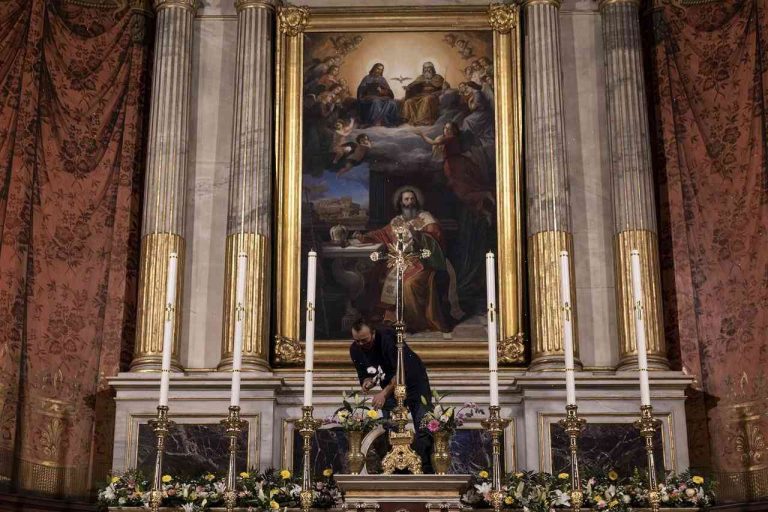 The Pope will visit Poland and Syria this summer, but will spend the first two days of his three-day visit to Greece on 1 and 2 April in Albania.

Sister speakers from a host of eastern churches, including Orthodox, Ecumenical Patriarch Bartholomew I, and the Archbishop of Athens Apostolos III will accompany him.

He will meet Catholics, Orthodox and Protestants.

This is the first papal visit to Greece in five decades, after Pope Paul VI made a pilgrimage there in 1963.

“We invite you to join us in venerating the sacred relics of St Giorgos and the true Nazarene, St Francesco of Greece, whose blood flowing through the Nile River made them the twin ambassadors of the Real Presence,” stated the joint invitation from the religious leaders.

Pope Francis arrives in Cyprus from Brussels where he received a medical check-up, the BBC’s David Loyn reported.

The event will be a major political event in the island and Cyprus’s top official Nikos Kotzias said after the visit was announced he had met the Pope “to start the new chapter in relations between Greece and Cyprus”.

“For nearly 60 years, the Greek Cypriot people and the Greek Cypriot authorities have had a common vision and policies towards Syria and Iraq, which have been deepened following the crisis of 2012,” said Mr Kotzias.

Pope Francis will visit Athens in the afternoon, before travelling to Skopje to meet Patriarch Bartholomew I, the first Armenian Orthodox patriarch to visit the area.

He will leave Skopje on Sunday 2 April to visit Jodari, Syria, a town near the Turkish border.

After arriving in Jodari, Pope Francis will hold a private audience with Pope Emeritus Benedict XVI and visit the Chaldean Catholic Church of Mar Melkite.

Syria’s war has devastated much of Syria’s Christian community, including numerous “shrines” of St Catherine the Great and St Syrten who were revered by the Syrian Orthodox church.

Image copyright Reuters Image caption The Syrian Orthodox Church of Melkite is based in Jodari, and the Pope wants to visit the town near the Turkish border

Pope Francis has committed to visiting Syria to show his solidarity with the country’s Christians, many of whom are demanding protection from ISIS and other groups.

The press conference on Wednesday was also packed with religious leaders of diverse backgrounds, including speakers of the East Libyan Orthodox and Chinese Taipei Christian churches.

A colourful ceremonial procession will begin at the Grand Trident with its Archbishop, and the Pope will lead a crowd of 50,000 Christian pilgrims in a procession to the Syrian Patriarchate.

Meanwhile, Pope Francis will meet Archbishop Athanasios Evangeline, the bishop of Syria, while travelling to Palestine.

He will visit the “Martyrs’ Cemetery” in Ramallah and will celebrate a Mass on Sunday at the Church of Nativity, in Bethlehem, which is considered the birthplace of Jesus Christ.

Image copyright Reuters Image caption In the next two days, Pope Francis will visit Syria to pay his respects to the country’s Christians, many of whom have fled their homes following the Syrian civil war

The Pope will hold a second ceremony at the Church of the Nativity in Bethlehem on Sunday before flying to Rome on Monday.

The WHO announces new travel restrictions for the elderly