Second City’s ‘House of Comedy’ celebrates, in all its glory, Toronto’s evolution

Leading Canadian comedy revue, broadcast twice on BBC, is at new home, with a focus on diversity and inclusion Toronto-based satirists Second City, famous for its improvisational theatre form and now behind a widely-rerun… 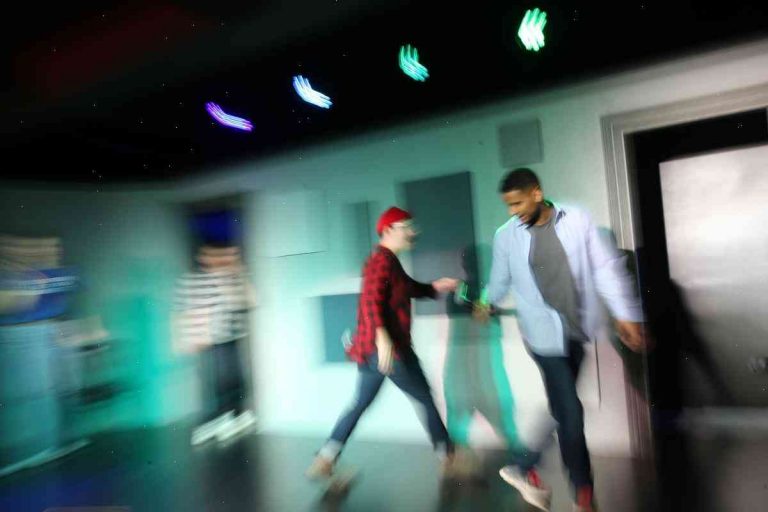 Leading Canadian comedy revue, broadcast twice on BBC, is at new home, with a focus on diversity and inclusion

Toronto-based satirists Second City, famous for its improvisational theatre form and now behind a widely-rerun TV show on BBC2, is flexing its muscles in many arenas: drawing on Canadian and Aboriginal culture in particular and political resistance in general.

The improv group just opened a new five-storey venue in Toronto’s then-gentrifying Bloor West and York University neighbourhood, aiming to host between 750 and 800 performances a year, with a specific focus on cultural representation and diversity in the creative department. Meanwhile, the concept has been tweaked and made more international for the new destination.

In front of a marquee in the village with columns made out of millet, owner and ensemble member Adrian Wing is smiling. “It’s just great,” he says. “The idea was to do something so inviting, so iconic, at this very special intersection in Toronto. As this neighbourhood continues to gentrify, it’s become more and more challenging to create an actual community and community space.”

Here, performed in good, clean fun, they’re proving that the current energy in this city is positive, with plenty of opportunity for exposure. That’s a big focus of the new venue, where Second City is lending its name to the Institute for Relevance, a non-profit group that aims to foster good ideas.

In short, Wing says: “We want to bring our show to as many parts of Toronto as possible and provide a space where people can come and be inspired and have a good time.”

The main part of the main building and the new café/shop will occupy the front, the design leading the way. The second half is covered in a sliver of glass on either side with grey bump-outs where new, specially created lofts will be built. A bike store on site is also a priority.

There will be more restringing than widening, for a variety of shows, from improv, sketch, standup and sketch/music hybrid performances to show concerts, lectures and workshops. Yet beyond aiming to share the charms of their home turf, Second City plans to lay its own cultural imprint here as well. The troupe’s main shop, where commissioning and licensing will take place, is in keeping with that and it will aim to be the heart of the space, hosting increasingly bold new works. The bylaw for the building states that it cannot become the venue for an art exhibit – another of the Institute’s mandates – but one that doesn’t figure on its list of priorities.

It’s no coincidence that the revue has taken on as its new home its association with a real estate development. The original Bloor West Revue House was vacated in 1997 and the former location was later rented by another Canadian theatre company, Punchdrunk, producing a production of Sleep No More. Wing says the trust established with the developers was a key factor in the studio-like décor: “They treated it like their own.”

Babes in Toyland review – thanks, we’re cold, we’re hungry, we’re all in search of someone to love Read more

The new incarnation of Second City has been seen by half a million Canadian residents and they have become a source of great pride to Wing, who has long considered himself “an immigrant in Canada.”

And the surprising success is bringing some global attention, including the opportunity to perform on a friend’s stage in Paris. “This is our house now,” says Wing with pride. “I guess it really is where it all started.”