Shanghai Walking Skyscraper puts drivers out of a job

Shanghai Tower, as it is known locally, is the world’s second-tallest building, although that title might change as soon as Wanda Group opens its Burj Khalifa in Dubai in 2020. But it’s not just… 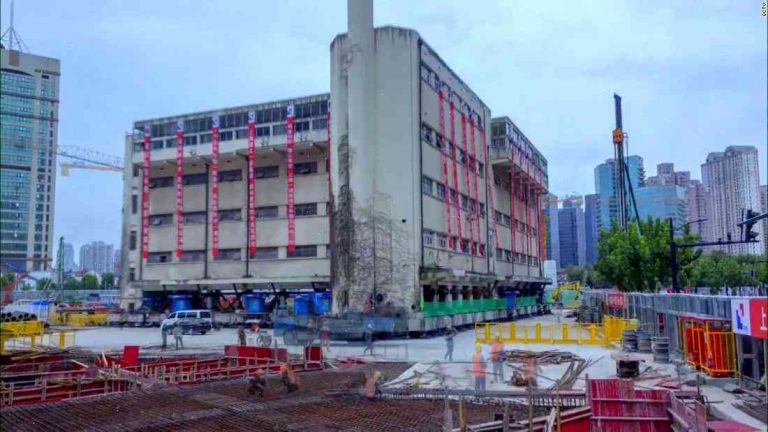 Shanghai Tower, as it is known locally, is the world’s second-tallest building, although that title might change as soon as Wanda Group opens its Burj Khalifa in Dubai in 2020.

But it’s not just any old building in Shanghai – an engineer at Shanghai Construction Engineering Group has built it to walk, hence its nickname “The Walking Skyscraper”.

On the exterior, it looks like any other building, except there are a few tricks up its sleeve. It’s one of the many buildings in China being developed by Wanda Group, the conglomerate controlled by Chinese billionaire Wang Jianlin.

That means it’s got lots of windows and can be easily read by any passerby, instead of a normal facade with a small window or haze of haze from passersby’s cigarettes.

But inside, there are half-and-half plans and drawings, and the special straps that are used to grab air ventilation as well as emergency cables.

You can even buy a bottle of water or a Red Bull from the four separate canteen areas.

And, last but certainly not least, it comes with ‘Walking Parking’.

The building, which has been called a “screwdriver of the west”, is on the Pedigree Grade 1, an international measure of standards for shopping centres.

That means it comes with high-end tenants, which now include a KFC franchise and a Subway sandwich shop.

And if it decides to move, it won’t just be a change of name for one man. His consulting firm, U+I Design and Engineering, is leading the project.

The building is expected to be open this fall.

Watch the full report in the video above.