Virgil Abloh, designer of ‘The Shows,’ dead at 44

Celebrity photographer Virgil Abloh, who designed the apparel collection for the eight season of fashion show “The Shows” at New York Fashion Week, passed away on Thursday morning from a heart attack. He was… 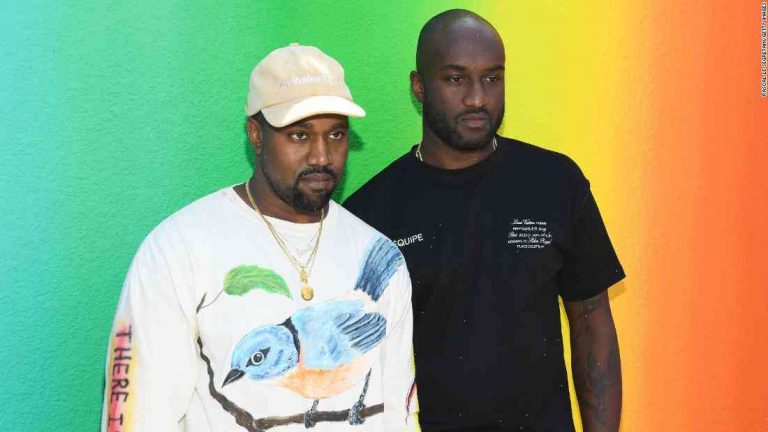 Celebrity photographer Virgil Abloh, who designed the apparel collection for the eight season of fashion show “The Shows” at New York Fashion Week, passed away on Thursday morning from a heart attack. He was only 44 years old.

His work was most closely associated with West’s aesthetic. Abloh, who is the creative director of Off-White, designed the “Statement Colored Snow Cap,” which West wore during a February 13 NBA All-Star Game game halftime performance, as well as Kim Kardashian’s “I love Kanye” chain at the Met Gala. Abloh also directed the video for the single “I Thought About Killing You,” which was released on West’s Yeezy West label in August 2018. The father of two worked on the Kanye production Donda, a documentary about his late mother Donda West, which also aired on Showtime in February. Abloh also designed the footwear for the Women’s March in Washington D.C. in January, and collaborated with West on his 10th studio album The Life of Pablo. Abloh is survived by his fiancée Anoushka Shankar and their two young children.

Abloh’s inspiration to collaborate with West was inspired in part by the late Malcolm X, the former Black Muslim who was assassinated in 1965. Speaking at New York Fashion Week in 2015, Abloh said that he gave West his inspiration because he had this “insight that he could make good music, and I can produce a great show.” The eight-seasons-spanning concept for the “The Shows” originated in 2010, as a response to the economic downturn. The show features a variety of looks and architecture from around the world, and also features Kardashian with Abloh-designed pieces throughout her appearance. Abloh joined the company on March 3, 2018, and was the creative director of the apparel collections.

Kanye made it clear that his affinity for Abloh was reciprocated, paying tribute to the designer by using Abloh’s Soho studio for a video clip which accompanied the release of his tenth studio album on Thursday night. The cover was unveiled on The FADER’s Instagram account, in tribute to Abloh, before the music video for the track “Amazing” was released. The footage features Kanye discussing his last few years in music and fashion with Abloh, flashing signs around and dancing to the beat of “I Thought About Killing You.” “At [the recent Grammy Awards] you had us all from different arenas dancing together,” West said as the video ended. “That is when you made me feel a level of recognition from the culture that I never felt before.”

In the Instagram post announcing Abloh’s death, West continued, “I have no words,” writing that he has been considering ways to show his appreciation of Abloh’s work, “the only thing left is to speak.” While the video was created and filmed before Abloh’s death, it showed the closeness of their partnership as the two use new hashtags including #StrengthofAloha, #AlwaysLove and #FamiliesMatter.

Kanye and Off-White have not released a formal statement on Abloh’s death, but West posted a simple tribute, tweeting, “Rest In Peace Virgil.” His tribute has quickly been retweeted hundreds of times.

More details about the cause of death have not been released at this time.

Read the full story at The FADER.

NYFW at 50: A fitting time to end a platform that gave us social activism, theatre, cynicism

Is GM Bread Better for Your Family? Is It Safe?