Female soccer coach Emma Hayes has urged the Football Association to get more women involved in the “barbaric” workplace culture surrounding some of England’s most powerful men in the professional game. The former Chelsea… 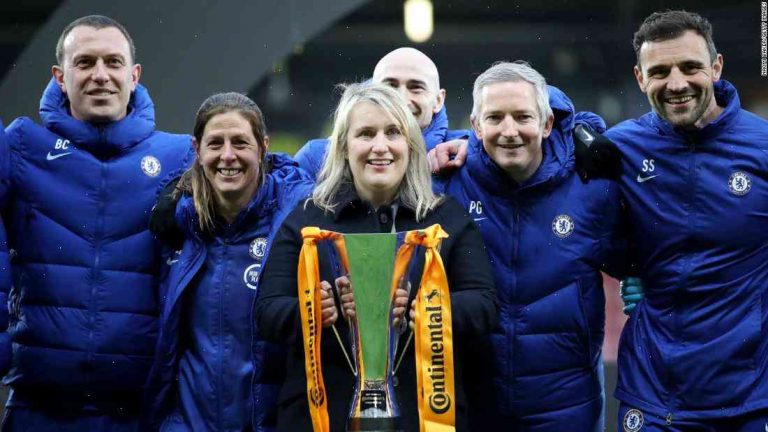 Female soccer coach Emma Hayes has urged the Football Association to get more women involved in the “barbaric” workplace culture surrounding some of England’s most powerful men in the professional game. The former Chelsea and Millwall manager, who won a Champions League trophy with Liverpool, was addressing a parliamentary select committee, which is looking into sports doping in the wake of revelations in the Sunday Times.

A series of claims, which included that many top men’s clubs were operating with “systematic manipulation of the drugs route” within their competitive environment and that they had profited from it financially, were published in the paper. Following the report, Hayes was accused of having a “gay agenda” by Jason Manford, the comedian and former Leeds United footballer. It appears that he has changed his mind.

Hayes was “ashamed” at the assertions and responded: “I didn’t say they were [gay] but if they are, you’ve got to go through great personal experiences to be who you are.” She called the scene at some of the nation’s football clubs “abhorrent” and urged the FA to put in place policies of equality.

The FFA will this week present its own plans for tackling doping to the committee after already issuing an apology to cycling. Hayes said the committee had made it clear that one size doesn’t fit all.

At some clubs, there’s a huge culture of silence. There is behaviour that is quite brutal – the atmosphere is quite barbaric and only because of the high success rate in men’s sport will all of this be tolerated.”

Gavin Grant, a former England player and coach with both sides at Stamford Bridge, said the game was damaging the women’s game. “The very top clubs are suddenly starting to take a look at themselves,” he said. “When I was playing there was an air of ‘us and them’.

Chelsea announced on Tuesday that it was investigating allegations by the Star newspaper that one of its employees contacted Under-18s players on social media after one of the clubs’ matches on Saturday. A club spokesman said: “These accusations are obviously deeply troubling and Chelsea Football Club takes all allegations of discriminatory or improper conduct extremely seriously.”