Members of the British Parliament are outraged over a “threadbare” Christmas tree in Oslo, citing the cost of the Norway spruce as one reason for the outrage. U.K. lawmakers have demanded a recall of… 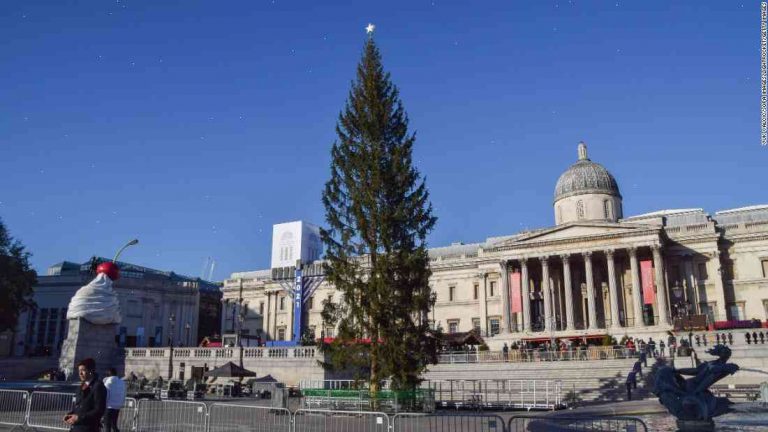 Members of the British Parliament are outraged over a “threadbare” Christmas tree in Oslo, citing the cost of the Norway spruce as one reason for the outrage.

U.K. lawmakers have demanded a recall of the tree ahead of what is expected to be a modest Christmas-themed Commons celebration. They described it as a “dreadful Danish design” — a reference to the trinket shaped like the Danish flag.

According to AFP, a series of photos from the decorations of the 132-year-old Christmas tree went viral online, and parliamentarians quickly pounced on it for its poor decoration work.

David Lammy, a Labour Party member of Parliament, wrote that the Norway spruce looked as if it was “in a death-metal band somewhere,” adding in a tweet that it was “damn expensive to pay for a threadbare tree!”

The photo showed the spruce with some black velvet garlands attached to its branches, with the photo attached to the caption: “Danish Christmas tree in parliament.”

Labour MP Rupa Huq also suggested that the cost of Christmas trees was driving people away from the celebrations, writing on Twitter: “Christmas trees are too dear and taxpayers are being taxed for them to keep people warm during the festive season.”

Labour MP Dan Jarvis said the Christmas tree that will be erected on Tuesday in the House of Commons is “once again a terrible Danish design and does not acknowledge diversity of nationalities.”

“As Green MP, I will not allow my green body to be reduced to using a flag bought in the 1960s as a decoration. I look forward to the day when parliament does reflect our multicultural society and not a theocracy,” she said, according to The Guardian.

According to the largest tree in Oslo, costing about $21,000, it has been decorated by two prominent members of Parliament, Prime Minister Erna Solberg and Denmark’s Minister for State Danish Culture, Lisbeth Evers.

The reception Norwegian workers gave Parliament on Friday with their final Christmas wrap-up show, had already spurred anger online and in Parliament.

“As you enter, have a bit of prayer for this country, this year has been one of the most disappointing of our time,” a member of Parliament told the crowd.

“It’s not the responsibility of this Parliament to discuss Christmas or a cheap Christmas tree,” tweeted one MP.

Britain will not have a Norway spruce on its tree this year, according to the Commons’ leader, Andrea Leadsom.

“Despite our desire to move into the 21st century, we’re still using items from the 18th century on our Christmas tree,” she said, according to Reuters.

Norway is the largest supplier of Christmas trees to Britain.

“Our national Christmas tree is one of the unique symbols of our national culture and our national history,” Anssi Kartahl, head of the Government Forest Fond, said in a release. “We will be reflecting this deep cultural heritage in the design of our tree this year.”