A Canadian judge has stayed a court order that compelled Rev. Frank Schaefer to publicly say a prayer for convicted terrorists based on parliamentary order that Schaefer cannot be compelled to talk about anything…. 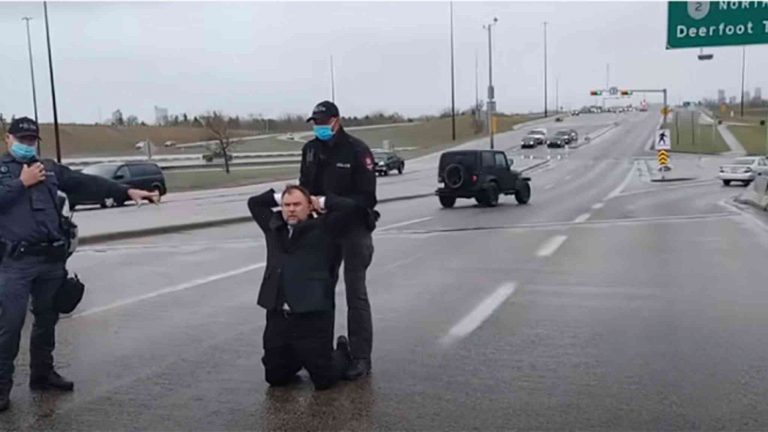 A Canadian judge has stayed a court order that compelled Rev. Frank Schaefer to publicly say a prayer for convicted terrorists based on parliamentary order that Schaefer cannot be compelled to talk about anything.

Schaefer, a pastor who regularly preaches in Northern Pennsylvania, had been serving a 90-day sentence in May. He was first charged with failing to report child sex abuse in 2014, before a judge dismissed the charge based on the church’s repeated refusal to allow police or social workers access to its properties.

In 2015, Schaefer helped organize a prayer gathering for three men convicted of terror related crimes in Canada. The prayer meeting took place on a church property in Arvada, Colorado, after police threatened to take the building after the group conducted the event. At the end of the meeting, Schaefer spoke publicly about the three men and their actions.

Schaefer brought a lawsuit against the attorney general of the province of Ontario in 2017 for using orders issued in the legislature in order to compel him to publicly say a prayer for the three terror suspects. Ontario Superior Court judge John McMahon dismissed Schaefer’s claim in March, saying “there is no constitutional right that prevents the invocation of a prayer as provided by legislation.”

The Canadian government has maintained that Schaefer’s charges “were properly brought and properly tried,” according to an article from the Ontario attorney general.

On Monday, he was released from prison, according to his lawyer Robert McLeod. On Wednesday, a judge in Ontario granted Schaefer’s request to stay proceedings “until circumstances warrant otherwise,” on grounds that Schaefer’s beliefs would likely become “problematic” once out of prison.

Caught with fake arm: Italian man went to court after he was denied flu shot