Image copyright Reuters Image caption Pope Francis makes his remarks during a homily at the Vatican Pope Francis has called for an end to the divide between the Catholic and Orthodox churches. “How can… 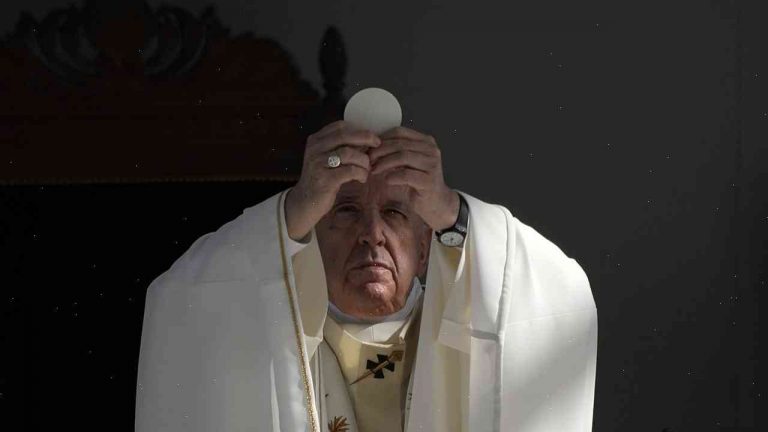 Pope Francis has called for an end to the divide between the Catholic and Orthodox churches.

“How can a child in the parishes of these churches suffer as often as she does?” he said.

The pope was responding to a discussion of the 700th anniversary of the Catholic church being founded, the end of which is celebrated in Rome this week.

Historically, there have been tensions between the two major bodies of Christianity.

The Orthodox Church was established in Turkey in 888. The two groups have few ties, despite the observation of Orthodox and Roman Christmas on 1 January.

The Orthodox spiritual leader, Patriarch Bartholomew I, is due to arrive in Rome on Tuesday to mark the celebrations, which run until Sunday.

The patriarch is known as the “patriarch of kings”, as he counts the heads of world monarchs, including the head of the Russian Orthodox Church, Patriarch Kirill.

The Catholic church was founded by St Peter in Jerusalem in the 1st Century.

St Peter established the Catholic church in the first place by declaring it through the prophecy he’d received from the angel Gabriel that Christ had risen.

“The whole world was in flames and fire, and it is impossible not to say: ‘Aman, we made this.’” – Pope Francis

On the Epiphany the disciples of Jesus visited the infant Christ.

“Jesus travelled from the temple to Jerusalem with Peter and Simon, and opened a window in Jerusalem,” Pope Francis said.

“The whole world was in flames and fire, and it is impossible not to say: ‘Aman, we made this’.”