For several weeks now, land has been held by the Emberá, a tribe in Colombia’s western plains. The tribe has barred entry to colonists and decided, for themselves, to put the area on hold…. 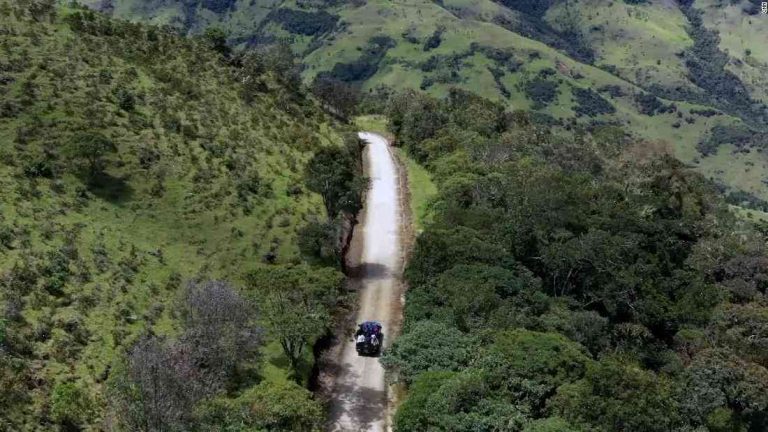 For several weeks now, land has been held by the Emberá, a tribe in Colombia’s western plains. The tribe has barred entry to colonists and decided, for themselves, to put the area on hold. But once a week a convoy of large tractor-trailers of eager buyers arrives to hand out land certificates.

Bizarre plans are under way to open up parts of the land for grazing and the markets that they supply to buy crude oil from the Venezuelan government. In villages such as Puerto Ubeño, they start a small oil production company, no thanks to the Emberá, who insist on no foreign capital, because they are considered protectors of the environment.

This week, as aid agencies and activists stepped up their campaign to keep the tribe from selling the land to outsiders, the situation of the Emberá appears to have worsened.

“Over the last week they [the Emberá] have brought in armed men to occupy another village,” said Alejandro Aguirre of the foundation CORMAC, which helps indigenous groups in Colombia. “The agreements made with civil society did not work and so they took matters into their own hands. This is very violent and they don’t care about the relationships with local communities.”

In the last week paramilitary groups in neighbouring Brazil have killed four farmers. In reaction, a group of vigilante farmers have been lynching those suspected of the killings.

Other forms of violence have also been linked to land theft by the government of Juan Manuel Santos, a former president who is now trying to run for re-election in November.

In a tweet last week, President Trump said there were 6m properties in Colombia “being stolen from the indigenous people and were stolen by corrupt former politicians”, adding that “sooner or later it’s gonna be rolled back”.

He called for donations to Colombia’s Red Cross, which has help provide health and education services to indigenous communities.

The Congress is currently debating legislation that would allow Colombia’s indigenous to formally state that they own parts of their land, and act as custodians.

“We don’t accept that we hand over our land to uninvited people,” said Aguirre. “We have always supported the Red Cross, and we will continue supporting them because in the event of displacement, they are a main partner.”

Asherá politicians want to set up indigenous-run banking and pharmaceutical companies as a way of keeping their land, and are fighting to outlaw all future land sales.

Villagers on the reservation said the conflict was fanned by the efforts of the Bolivarian government in Caracas, which has tried to barter “solutions” by reducing petrol costs from $1 a liter to 16 cents a liter, and offering free healthcare, education and social security benefits for those not buying oil from the opposition government.

National Geographic and Profiled in NY Times: “The Death of the House of Saud”