Written by By Thijs van den Brink, CNN Born in the 1970s to Calvin Klein, Maury Larsson joined the Condé Nast school of art at 15, landing at Vogue Holland. From there, the photographer… 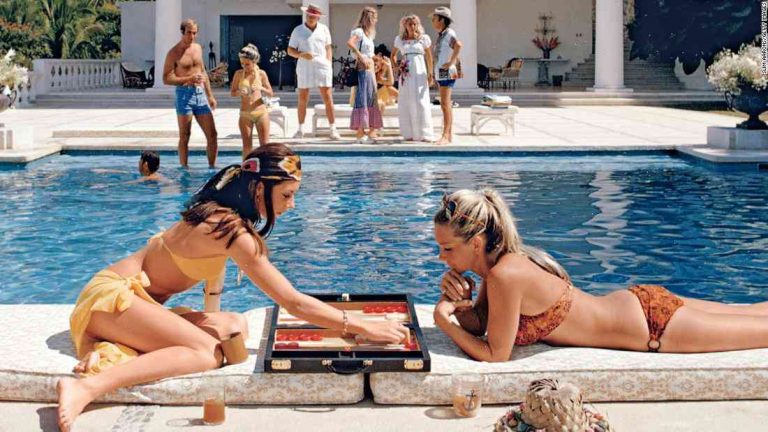 Born in the 1970s to Calvin Klein, Maury Larsson joined the Condé Nast school of art at 15, landing at Vogue Holland. From there, the photographer went on to work at publications including Harpers Bazaar, GQ and Esquire, as well as shoot agency campaigns for top luxury names.

Twenty years after launching his own camera company, Larsson has been capturing the public’s response to the contemporary art world’s increased interest in photography, gaining much attention for his candid and casual documentation of artworld personalities.

He used to be almost exclusively a portrait photographer — preferring instead to capture the sitters’ human side rather than their artistry.

However, while his work often depicted the people behind the celebrities they might have been drawn to, his portraits of the art elite relied almost entirely on celebrity as well as throwback adoration.

Larsson spoke to CNN ahead of a collection of his portraits that will go on display in London.

“For me it’s always just been a question of wanting to feel something. I like photographing real people, really warm people with no accent or any clue how they are being exposed to the world. They make you feel they aren’t from another world. You are getting to know them as human beings and what is interesting about them is the way they make you feel.”

While working in high society, Larsson says he was frequently cautioned by both his art dealer and his wife to keep a lower profile, lest he be outed as a socialite by the paparazzi.

“Because I was working in the world of high society, there was always a lot of paranoia,” he says. “The people I was shooting — apart from my mom — they had no concept that I was an ordinary person. My mom always felt ashamed that I had been offered a commission to photograph them.

“You need to be really honest when you’re getting somebody’s picture. You know, ‘I want to take your picture and all I want you to do is make yourself as comfortable as possible. Don’t try to take your hair or make-up from yesterday because I don’t want to see that. I want to see you as you are, only as you are.”

Read the full story of this special project.