If more was known about one of MotoGP’s rising stars, the 31-year-old Italian coming up out of Mugello and Chip Ganassi Racing would be a lot more widely known. In Italy, however, such a… 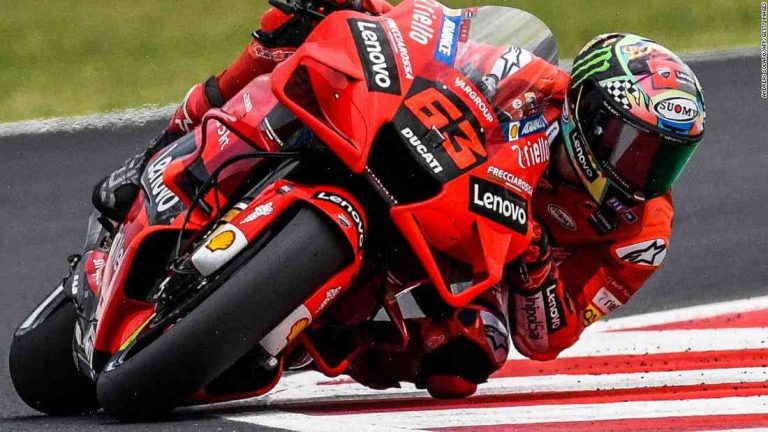 If more was known about one of MotoGP’s rising stars, the 31-year-old Italian coming up out of Mugello and Chip Ganassi Racing would be a lot more widely known. In Italy, however, such a mystery is a little bit unusual.

Pecco Bagnaia raced for the Langley, Va.-based Yacappa Ducati Motorbikes team in the 2008 and 2009 seasons, won the Giro d’Italia and has been on the track for Monster Energy since last year. While Bagnaia’s talents were appreciated, including by Ganassi, Italian fans have been largely unresponsive — at least publicly. Bagnaia said he always considered it unfair to have been given such little attention, so he decided to speak out when the Italian Olympic Committee told him he was disqualified from competing in the 2018 Olympic Games in Pyeongchang, South Korea.

“At the end of the day, I am the first person who wants to win the games,” he said. “I don’t want to apologize to the fans, to the public. If someone had offered me money, of course, I would take it. But the company I am driving for, there are people working in Monster, they will remember me forever. And when I see my wife on television, I will be able to say: ‘I’m thinking about you, I am with you.’ In the end, to say I made a mistake on an Olympics, there’s not even one point in it.”

Through a spokesman, Yacappa could not be reached for comment.

Bagnaia also recently stated he is open to being a full-time Monster Racing team rider as he took the silver medal in the Dakar Rally earlier this year. Some of his comments at the time indicated he was unhappy with how Ganassi treated him at Langley, who were seeking a replacement for Russell Baze. Bagnaia was also part of the open test at Las Vegas last week, which provided some feedback from Ganassi as he prepares for his next season with the team.

“I know the guy (Ganassi),” Bagnaia said. “To be honest, I met him yesterday at a test. I met him there, and I asked him about the crash in the Dakar Rally in January and what happened. I know he’s going to be running the car this year, and then of course (more testing) for the season. So I asked him about all that. And I told him I’m not unhappy. I have a great time with him. But it’s a part of racing. You don’t have the car 24 hours a day and then ask for a third season. It’s too soon.”

Bagnaia is a hard-working Italian, who loves winning and is not just here for the glamour of racing. “I don’t feel like I am born to be racing,” he said. “That’s why I have a great team. That’s why I have great fans, because I never think of myself first, only the team.

“I love to win, but it doesn’t happen every time. But I’m proud when I win a race. That’s the only thing that matters.

Iceland’s first hotel is a party hub designed for millennials