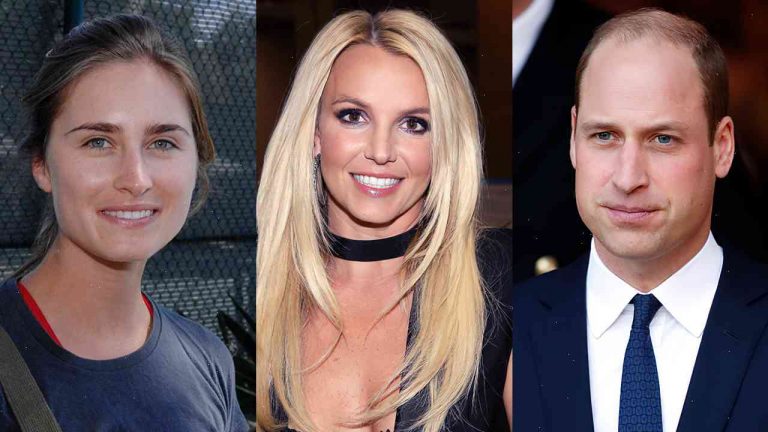 Prince William apparently had a “cyber relationship” with Britney Spears before his wife Kate Middleton.

Author David Winner claims that he was given a diary by the princess of Wales’ then-boyfriend, Ben Yousef, which details their meetings in Japan and Berlin, The Times reports.

Both couples became friends in the 1990s.

According to the book, which is to be published next week, the pair first met while they were both based in Paris.

Spears reportedly wrote to her pop idol about her dreams of meeting the future king of England.

William went on to become a patron of Children in Crisis, an independent charity that campaigns to tackle the effects of child poverty in the UK, which was founded by Spears’ friend, singer Arianna Huffington.

Ms Huffington “would email him at midnight and he would reply saying ‘I’ll be there when you get out of bed’ and they would meet up,” Lauren Bush told Sunday’s edition of US TV show 60 Minutes.

Ms Bush, the daughter of former US President George W Bush, and her husband Neil Bush also bought William an old wedding gift from an ex-girlfriend.

A picture of the couple and the note they bought to him has circulated widely, but the friends told 60 Minutes they received no news about his engagement to Kate Middleton.

Lauren Bush said the former president’s reaction to her meeting with Prince William was “very positive, supportive, like, ‘Wow, you guys are awesome’.”

Her mother added that William told them “it was always going to work out” and “he should have met me way earlier”.

This afternoon, both Prince William and Ms Bush tweeted about their agreement to participate in an upcoming charity rally against the devastating effects of landmines in the Democratic Republic of Congo.

Got a story for the daily? We would like to hear it! Email [email protected]

Highlighting what residents can do to change their cities