BBC Africa journalist Dan Wooding The Sudanese prime minister has expressed his gratitude to African Union peacekeepers after he was released on Thursday night. Cyril Al-Dor Mohamed Darma also has said that he was… 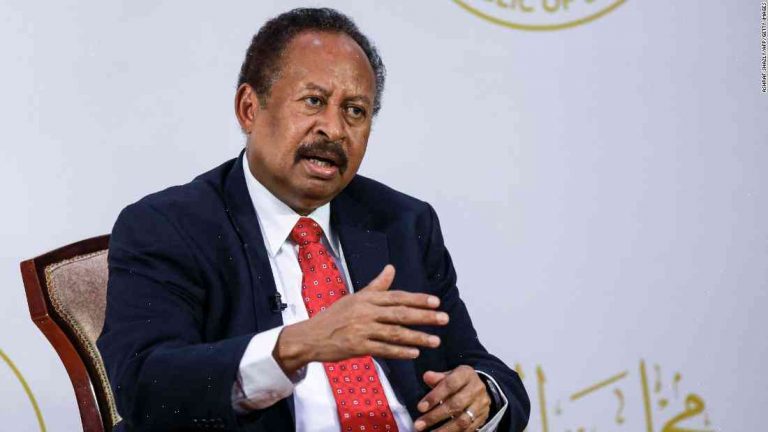 The Sudanese prime minister has expressed his gratitude to African Union peacekeepers after he was released on Thursday night.

Cyril Al-Dor Mohamed Darma also has said that he was freed from the Dinka community and left his office at Dinka HQ in the capital Khartoum, after Khartoum’s agreement with the military to release him to the AU.

He was flown to the AU headquarters in Addis Ababa at about 03:30 local time on Thursday.

The prime minister went to the AU offices in the Ethiopian capital on Thursday, just after the AU mission army repelled his opponents in his town of El-Dor, who had resisted the elections, according to some residents.

Two people were killed and many were injured in El-Dor after the elections were declared invalid and the military entered the town on Thursday.

The military says that the election was successfully held, and that the army is there to defend the state and its sovereignty.

“We regret the rift between factions on El-Dor after the constitutional amendment on the transition period,” said Col Ali al-Sallah, from Sudan’s military, in an interview with the Sudan TV network.

The prime minister said he had been forced to leave his office in El-Dor “to avoid bloodshed”, and that his followers were “violating the constitution”.

The Sudanese PM denied that his supporters were armed or belonged to any political party, but said there were some “troublemakers” and could be armed.

Mr Darma’s spokesman has said that the group in El-Dor were members of the ruling party, which the Sudanese Constitution establishes as “the voice of the people”.