Two images from a contest to select the People’s Choice award in the 2019 Wildlife Photographer of the Year contest have been shortlisted to win that title. One of the images features a tusk… 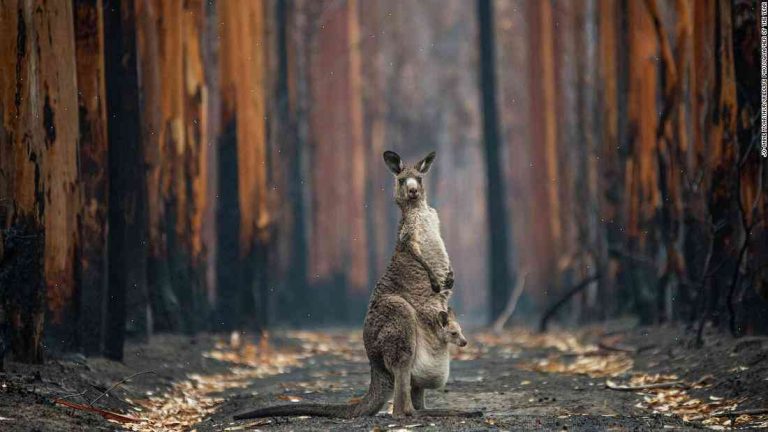 Two images from a contest to select the People’s Choice award in the 2019 Wildlife Photographer of the Year contest have been shortlisted to win that title. One of the images features a tusk from a Yeti and the other shows massive masses of sand eels swimming over a river, likely as they feed on the algae growing on the surface.

The contest is one of the oldest and largest environmental photography competitions in the world, launching in 1993 with the aim of naming and recognizing outstanding wildlife images.

This year, 10,022 entries from 119 countries covered 7,300 species from 195 countries. About 800 of those submissions were made by students and students and faculty from a total of 69 schools, according to the The Royal Society, which runs the contest.

The young photographer who works in his father’s photography studio, Jackson Rismiller, uses his time for both art and craft when he takes photographs at his home at Lake Mead National Recreation Area in Las Vegas. Rismiller said he initially got into wildlife photography by spotting a bear near his backyard and snapping his first photo. He showed up at the animal sanctuary this year for the Wildlife Photographer of the Year contest, where he submitted a photo of a black bear he photographed this summer, less than a mile from his house.

“The picture is about them being a part of me,” he said. “It’s about doing what I love, doing what you love and not second guess it.”

The other shortlisted image is from Sara Kofina of Austria. She used bright lights to capture this large mass of sand eels gliding beneath the surface of the Baltic Sea. Kofina said she once saw a “neck-sized” eel as big as a person while swimming near the water but decided against documenting it for fear of getting in trouble. But Kofina said she couldn’t resist the chance to capture the eels this time around.

“I just really want to stop and see them more. Because, at first you think you are not really seeing it as a species, and once you see it more you start realizing how cool they are,” she said.

From the competition, the top 10 images will be announced in February, with a panel of experts and experts chosen by the society putting the three winners together in April to be crowned.