Sara Lynn (real name is Andréja Mathias), an ambassador for the European Union’s outreach group for LGBT+ inclusion and a tireless advocate for the rights of LGBT+ people, has a reputation as an outspoken… 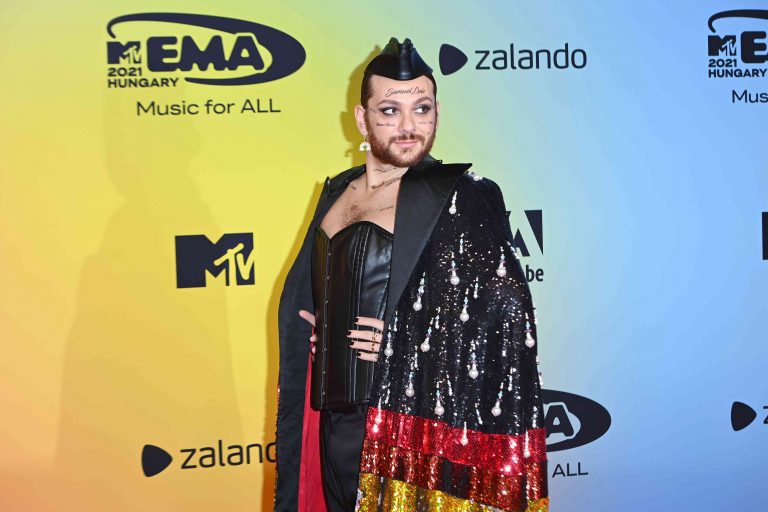 Sara Lynn (real name is Andréja Mathias), an ambassador for the European Union’s outreach group for LGBT+ inclusion and a tireless advocate for the rights of LGBT+ people, has a reputation as an outspoken feminist and political activist.

Recently she returned from Israel, where she spent six months spreading the word for the Women’s March, the international feminist protest against U.S. President Donald Trump’s administration.

“To take it further, it’s like all movements are basically about revolution: This gender, this sexual orientation, this ethnicity has to be changed. We have to change ourselves. To be human, you have to change yourself,” she told the Guardian at a Women’s March 2019 conference in New York City.

Ms. Mathias is engaged to Dutch socialite and journalist Gerard Brothman and she is mother to their daughter, Hania, who is one year old.

It’s no surprise, then, that a time-share advert featuring the “God, the Virgin and gay man” turns her into The Virgin Mary of Transsexuals. The ad, which appeared on screen for only a second in a Dutch market that spans more than 8.6 million people, is part of the LGBT+ version of the Et Partners’ PureOnLive video advertising platform, the Guardian notes.

“They allowed me to say a phrase without a censor, which means that I cannot do it in Dutch,” she said.

Adapted from a press release by Snorlax Communications.

Fashion designers call out Saudi Arabia for being ‘fanatical, cruel and immoral’

A woman I met in Rome–who, like me, could be identified only by her first name–showed me her work. She was armed with loads of pink posters and was standing on the sidewalk in front of the national court carrying placards saying that she was “Fashion in Paradise”; “Protect Rights and Make the News”; “Right Should Be Equal”; “Leave Gender Out of Your Sex”; “Two People Are Better Than One”. She wore lipstick and a tunic, which not only somehow matched her clothes, but also shared a fashion statement. As I walked by, I picked up a “Fashion in Paradise” poster and held it up in solidarity with her.