Twenty years ago, meningitis killed 38 Canadians a year, approximately one every 36 hours. Today, it’s one in 450. Toronto’s risk of a serious, life-threatening bacterial meningitis outbreak has shrunk by 75% in the… 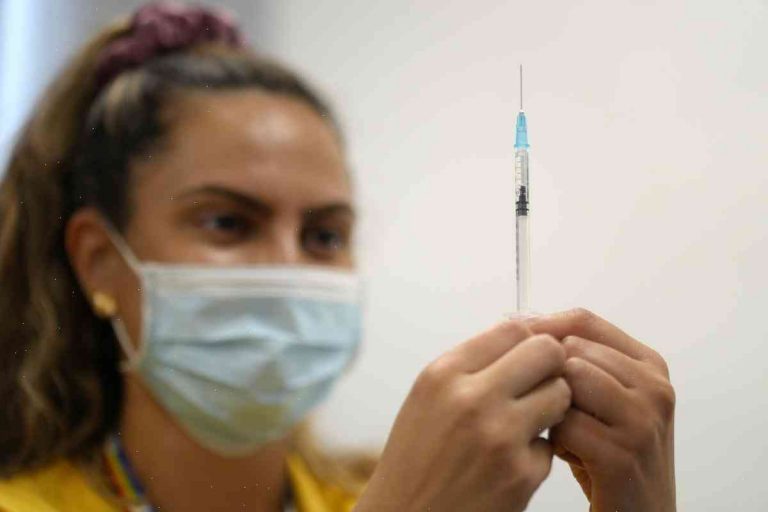 Twenty years ago, meningitis killed 38 Canadians a year, approximately one every 36 hours. Today, it’s one in 450. Toronto’s risk of a serious, life-threatening bacterial meningitis outbreak has shrunk by 75% in the last 20 years. You don’t have to search too hard to trace a link between rising vaccination rates and the proliferation of antibiotics. Kids are getting better at swallowing the antibiotics.

Sometimes, it’s hard to understand how one thing can matter so much. Remember the Toddlers’ Safety Act, introduced in 1997 after the previous fall’s Hepatitis A outbreak that killed almost two dozen children? It included a mandate for more stringent toddler vaccination requirements.

In Ontario in 2015, a flu vaccination became optional for anyone aged 50 and up. Now, the government has approved a similar recommendation for measles—the same illness that killed Ontarians on a cruise ship in 1997.

If there’s anything we learned from the problem of the ’97 epidemic, it’s that the $100-million resource spent on managing it in one year could have been better spent on prevention, instead of burden.

Expanded vaccination coverage does not negate the threat of disease, and will never solve all the questions about vaccine safety. But it’s remarkable how clearly it helps.

My wife, Jeanie, was 37 when her son, David, contracted a serious strain of meningitis at a Dallas-area playground. His body had invaded his brain, killing most of the organ before his eyesight deteriorated enough for him to see anything. He received 16 shots, including the single most successful vaccine available, the meningococcal vaccine—meaning that he lived and his sister eventually lived, despite several scary, life-altering setbacks.

To my mother, these are sunny days. We’re proud to commemorate David’s thirteenth birthday this year, and his baby sister—born with her brother’s disease—will soon celebrate her seventh birthday. He’s 23, with six tattoos—one on each arm—reflecting his long and steady descent from being completely blind to leading a reasonably happy life.

David took five more vaccines to make it to 23. The first one, the rotavirus vaccine, was a controversial deal when we were enrolling him at age 13. At 15, he had to take three or four shots of one kind of vaccine. To some, this might seem like a great sacrifice to protect him from the illnesses of the world, but I think it’s an exquisite compromise. He is my fellow citizen. I chose to make him up my mind.

It still worries me that someone younger and healthier can contract serious meningitis in crowded places. Three other kids between us did. Sixteen years later, their lives are all right, healthy kids who like us cherish these milestones. But it took six months for us to get through the interviews, multiple re-checks of prescriptions at all the doctors and drugstores, as well as a doctor’s visit, three public health visits and three rounds of shots. It’s just bad public policy if this happens with people who’ve done everything they’re supposed to do.

In covering Ontario’s decision on expanding and extending vaccine coverage to anyone over 50, I’ve been struck by how quickly things move, in real life and in policy. The legislature has approved it a year early, and we’re already seeing real benefits—virus-swift immunization, head-way against a lingering worry for millions of Canadians. I’m reminded of what it’s like to live and work in a country with a really good public health system. Some of the world’s best medical institutions are working, every day, to keep people alive.